Tokyo (July 5, 2018) – Bridgestone Corporation today announced that the Company will be the title sponsor of the 2019 Bridgestone World Solar Challenge, the world’s foremost solar technology and advanced engineering challenge, which will be held in Australia from October 13 to 20, 2019.

The Bridgestone World Solar Challenge race, which dates back more than 30 years to 1987, covers a 3,000 km route spanning from Darwin on the northern edge of Australia to Adelaide on the southern edge. Contestants run the course over a period of about five days. In 2017, a total of 38 teams, consisting largely of university students from 19 countries and regions, took part in the event.

Bridgestone has been the title sponsor of this event, and has continuously supplied teams with solar car tires since 2013. Through its involvement in the event, Bridgestone aims to promote the development of environmental technologies and thereby contribute to the realization of a sustainable society. In addition, we hope to aid the ambitions of the young engineers that will support the future. 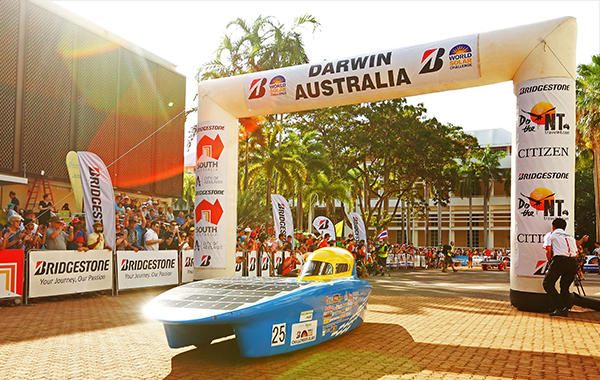 About Bridgestone Corporation:
Bridgestone Corporation, headquartered in Tokyo, is the world’s largest tire and rubber company. In addition to tires for use in a wide variety of applications, it also manufactures a broad range of diversified products, which include industrial rubber and chemical products and sporting goods. Its products are sold in over 150 nations and territories around the world.